Sleeping away from home? Half your brain is still awake

Sleeping away from home? Half your brain is still awake 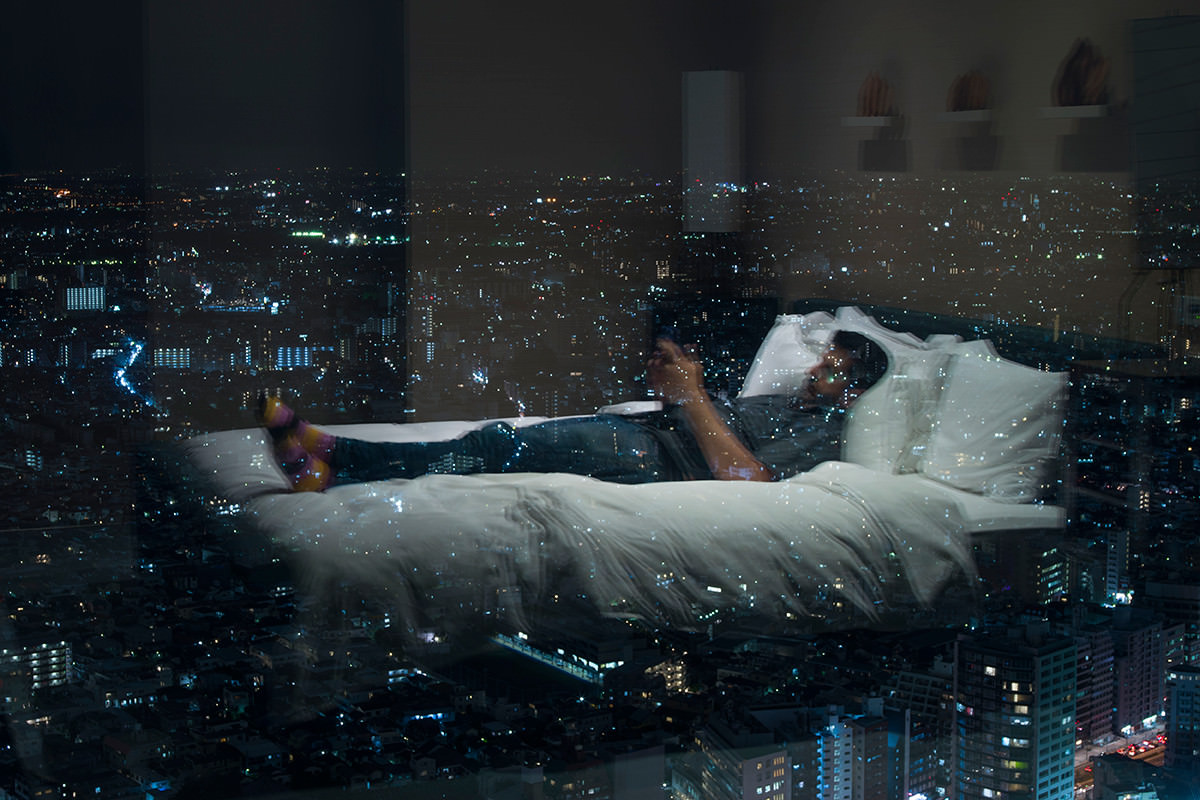 There’s a soft mattress, a warm duvet, and a mint on your pillow. But despite the comfort of the hotel bed, you toss and turn on your first night away. Sound familiar? It could be because your left brain refuses to switch off properly when you’re in unfamiliar surroundings.

This so-called first night effect is well-known in sleep research. Because of this, when studying sleep patterns in the lab, researchers sometimes discard data from the first night to allow participants time to get used to their surroundings.

To understand this phenomenon, Masako Tamaki and colleagues at Brown University, Rhode Island, scanned the brains of 11 healthy volunteers while they slept on two occasions, a week apart. While asleep, they analysed their slow waves – low-frequency patterns of brain activity that reflect how deeply someone is sleeping.

The first time, they found that slow-wave activity was weaker in the brain’s left hemisphere than in the right, suggesting that the left side was more alert. Slow-wave activity was particularly weak in a pathway involved in spontaneous thought while we’re awake, called the default mode network.

To test how much more alert a person is when they sleep somewhere new, the team then ran a similar experiment, but played sounds to participants through earphones while they slept. On the first occasion, their left hemispheres responded more strongly to the sounds than a week later.

Some birds and marine mammals are known to put only half of their brain to sleep at a time, so that they can stay vigilant. Tamaki thinks something similar might be going on in our brains when we’re in an unfamiliar environment.

The default mode network is involved in mind wandering and thinking about future events. It is spread across the brain, but it seems like only the part located in the left hemisphere may be acting as a “night watch”, monitoring conditions around us and alerting us to potential danger.

The reason for this is unclear, but it could be because the left hemisphere has stronger connectivity between its constituent regions, which might make it more effective as a night watch, Tamaki says.

If you want to increase your chances of sleeping well in strange surroundings, Tamaki suggests you simply accept your fate. “Try not to worry too much since worrying itself would wake up the brain,” she says. If you need to be well-rested for an event, think about arriving two nights early, she adds. “You can also bring something that makes you feel comfortable with a new place.”

Adrian Williams, a sleep medicine researcher at King’s College London, says the first night effect contrasts with the experience of his insomnia patients, who often sleep better away from home since they associate their own bedroom with not sleeping. But the results are convincing and intriguing, he says.

Posted in News
Tagged with

Please browse our current available jobs, upload your CV for locum work or request a call back for more information on how we can assist you, whether you are a doctor looking for work or a hospital in need of cover.

View all jobs
Get in touch

Round the clock support, get in touch any time

Recommend a friend, get paid — ask for info